As a kid, my father told me that constantly. "Eso es Satanico" referred to Ninja Turtles, Smurfs, Garbage Pail Kids, and even Madballs. I tried to convince him that Scooby Doo wasn't 'satanico' because the monsters were actually angry old men who ran county fairs and not at all related to the devil or he-who-must-not-be-named. 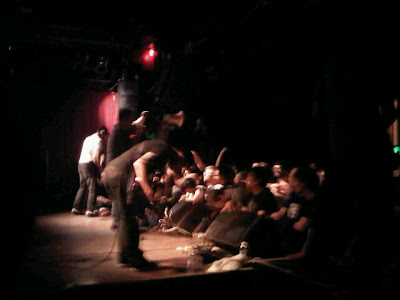 The Coalesce show has come and gone. It was last week.
Things that meant the most to me about the show:

That about covers it. Coalesce were great and so were Converge (who were better) but I hung out at the side of the stage and just watched from there, where the sound wasn't quite as good. Part of me just felt... old. I still beat my chest and air-guitarred but I feel like some of the magic of these shows, especially the incredibly packed sold-out ones, is lost on me.

I had a better time watching Dosh at a far smaller club from a far shorter distance just earlier last week. He and his buddy Mike Lewis put on a hell of a show. They looped, synthed, made crazy sounds with their instruments and bantered with each other and the audience, which maybe amounted to about 80 people. Everyone should at least check out Dosh's myspace page to see what that dude is doing. I've seen him be Andrew Bird's entire backing band at least twice. The guy is a genius and his new record, Tommy, is great.
I'm surprised that this is the case but the Dosh show is more likely to wind up on my top five shows of 2010 than the Coalesce one.

Tonight I'll be seeing Sierra Leone's Refugee All Stars. I expect it to rule.
Posted by gaba at 6:36 PM No comments:

Next week Coalesce will be playing at Neumos with Converge.
Say what you will about their post-Give them Rope material.

This is all that matters.

My coughing situation is getting better. I went to the Doctor and was given a prescription for a Z-Pack. A Z-Pack is a pretty heavy duty anti-biotic and last time I had to take it it was for mono in my early 20s. It destroyed me and had me in the bathroom a lot.

This time, though, Beth suggested that I pop some pro-biotics at the same time to help with my stomach and really, they have. I'm still coughing, but the anti-biotics are done and supposedly they work for a whole seven days after they're all gone. That sounds kind of arbitrary to me but hopefully it'll translate to my being cough-free very soon.

Now I'm supposed to go to the gym for the first time in a couple of weeks. ugh.
Posted by gaba at 5:35 PM 2 comments: 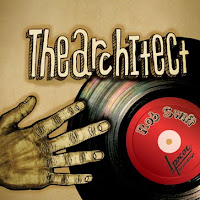 It's the second time I listen to Rob Swift's new one, The Architect. I was a big fan of parts of Sound Event. There enough emcees I didnt' necessarily like littered through the album, but the instrumental tracks were flawless. They made me bob my head and kind of made me want to dance, which is rare, given my inability to do so.

The Architect is his new one, and it's on Ipecac Recordings. I'm not surprised to see this-- Mike Patton has collaborated with the X-Ecutioners in the past.

(I should say at this point that I just checked Wikipedia and Rob Swift has released a number of albums between Sound Event and The Architect. I've been completely out of touch.)

The Architect is a very different record form Sound Event-- the scratching is there and he still sounds amazing but there's a lot of slow beats here. The music is a lot less funky and frankly, darker. I guess that's a little bit of the Ipecac influence showing. As far as I can tell so far, this record rules. Rob Swift is using a lot of classical soundtrack-y kind of music here layered over the beats and it 80's big budget horror movies to mind. I suggest everyone check it out, especially fans of scratching/turntablism.
Posted by gaba at 6:54 PM No comments:

How am I sick again?
I was sick in January, I think. Maybe early February. I got a nasty cold after spending an evening on a bus. Beth and I had gone to Vancouver to see the Great Lake Swimmers for the third time (fifth time for her- she saw them once before we met and I bought her and a friend tickets to go see them in Victoria the night before our trip), and on the way back to the States, the Clipper broke down. For those who don't live here The Victoria Clipper is the only ferry that goes directly between Seattle and Victoria. It's the expensive way to travel back and forth, but it's faster than driving to Port Angeles in my little car and then taking the Coho Ferry, which is the other affordable way to make the trip. Anyway, on the way back after our Vancouver trip, the Clipper broke down. They put us on buses and sent us back through Vancouver and then south through the border.

At the border there was a a couple in which one of them was Danish. I guess she didn't have her papers together because those border patrol freaks decided to hold the bus for about 40 minutes. After the couple got their shit straightened out and got back on the bus, we got a flat tire.

Basically, I got back to Seattle at about 2am with a nasty cold.

And now I have something that may be bronchitis. It isn't a cold but my throat is all scratchy and I can't stop coughing. The thing, the real heartbreaker, the worrisome part, is that I'm not supposed to get sick this often. Since I left Miami two years ago I've been sick three or four times. Back in Miami I got sick fucking constantly. My friends noticed and always said "you're always getting sick" as if that helps anyone in any way.

Since moving to Seattle I've exercised more days than not and I spend a lot of time outside. I'm not supposed to get sick this easily. My coworker came in with his stupid bronchitis and I'm the only one who got sick. 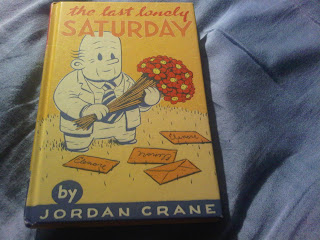 Jordan Crane is a master of making me emotional.
I just read The Last Lonely Saturday. I gave this little book to Beth for Christmas because last year I gave her another Crane book and she spent a good bit of Christmas morning smiling, reading, and ignoring the rest of us. She looked so happy.

This year I put The Last Lonely Saturday in her stocking and she looked at it and was excited to see it, but decided not to read it right then. I was surprised that she didn't push out the rest of the world to read her new Crane book this time, but I'm glad she didn't. She read it that night, I think, after I'd fallen asleep. The next day she warned me that it was a pretty devastating read. I figured as much, because the front cover made me think of the movie Up!

This book is devastating. There's almost no dialogue, and each page contains only two pictures. There aren't many pages, either. The entire book took maybe five minutes to read. Five minutes to bore itself into my chest and destroy what is in there. But then it was kind of happy, too. No way to explain it without spoiling it. I recommend it, though, to anyone looking for an emotionally resonant comic book experience.
Posted by gaba at 11:13 PM No comments: